Home / News / Apprenticeships / Meet Some of our Apprentices Breaking the Mould…

Meet Some of our Apprentices Breaking the Mould...

This article was originally written by Stockton Riverside College.

A straight run of distinctions for eight apprentices shows that when it comes to investing in their staff Mobile Mini are hitting the mark.

The portable storage company is a firm believer in developing its team and, for them, results so far have been top class. And, if you thought apprenticeships were just for school leavers, you might want to think again. 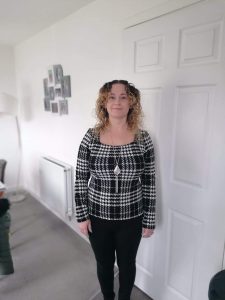 The Mobile Mini team saw a return to study for some staff after many years out of the classroom. Among them Natalie, 38, a senior purchase ledger clerk who has been with the company for 16 years.

She said: “I think some people were surprised when I said I was doing an apprenticeship because I have worked at the company for so long.” But for her, and colleagues like her, it was a chance to develop new skills. Given the option to study a Level 3 Team Leader and Supervisor apprenticeship, she grasped the opportunity.

She said: “To be given this chance to continue to develop and learn after working at the company for so long, shows that they are still willing to invest in me.” For her, the prospect of a return to the classroom left her feeling both nervous but excited.

She said: “Once I had everything in front of me and looked at what I needed to do, I got into it really quickly and I enjoyed it.” 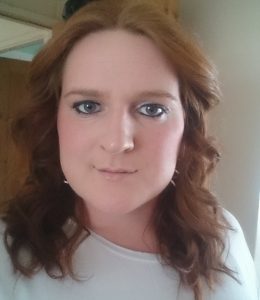 Laura has been with the company for 10 years. Asked if she would like to study an apprenticeship, for her, there was no hesitation.

“I have an obsession with learning, and so when I was offered this I jumped at it,” she said. Among colleagues faced with the additional challenge of completing the qualification in lockdown, the 31-year-old was determined to succeed.

She said: “To still feel like you can develop and be offered courses after 10 years, shows that the company cares about the people that work here.” For the 31-year-old it proved a top result, not only did she achieve a distinction but a promotion as well.

As a National Sales Centre Team Leader, she said: “For me the apprenticeship has been fantastic. Now I look after a team of seven people!”

Chris Fay, Head of Sales and Marketing, at Mobile Mini, said: “At Mobile Mini we firmly believe that people are our most valuable asset and the introduction of the team leader apprenticeship course is a fantastic way to ensure we continue to build a diverse talent pipeline, developing our staff through the introduction of new skills across the organisation.

“The course really helps identify and reduce any knowledge gaps by developing leadership skills that work best for Mobile Mini. We are proud to say that we have seen a number of our employees flourish through this programme and implementing the leadership skills they have acquired through the apprenticeship on a day-to-day basis, as part of their role.”

Supporting the Mobile Mini staff through their apprenticeships, Stockton Riverside College Assessor Paula Young said: “For all eight of the team, who have completed this apprenticeship in recent years, to achieve a distinction is remarkable. I am absolutely over the moon for each and every one.

“For some this has been the first qualification they will have done since leaving school. To be given that opportunity to develop in their role is amazing.”

How we Adapted to the Evolving & Ever-Changing Covid Risk Landscape

Our container hire service provides an inexpensive solution to your storage problems. With the largest fleet of containers in the UK, as well as our own fleet of delivery vehicles, we can provide you with the perfect storage solution, delivered to your chosen location nationally.

Our secure and portable accommodation units, available in two ranges; Anti-Vandal Range and Energy Saving Range, offer on-site facilities, from office and canteens, to drying rooms and toilets, come in a variety of sizes and layouts, to service all your requirements.

Mobile Mini Plus is an extension of our Mobile Mini product offering providing equipment such as; generators, site lighting and water bowsers. To ensure that our valued customers receive the same great customer experience through cross hire we select only the very best suppliers who align with our focus for customer care and pricing.

Please choose a product and enter your contact details here to request a quote.

It was easy to deal with them and it was hassle free, we have used them for years.

Their communication is good throughout the process and their efficiency on the delivery is good as well.

Their flexibility is good, they bent over backwards to get units to site at short notice. The paperwork was dealt with instantly and the units are clean and extremely well priced.